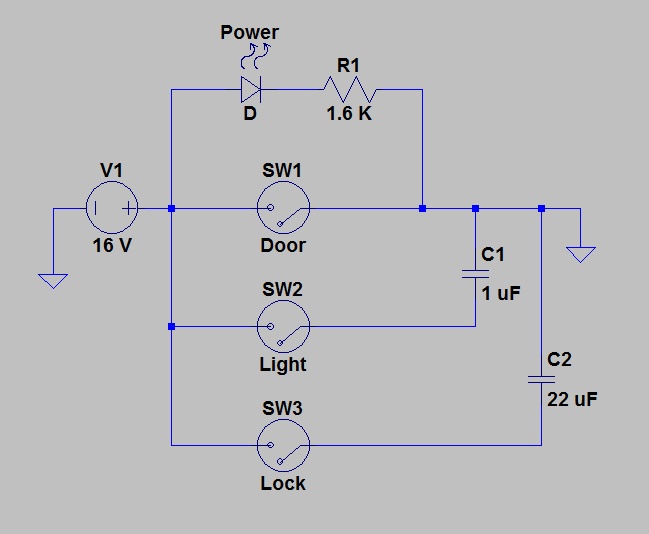 Using LTspice to redraw the circuit

This weekend I started on my newest project using a RaspberryPI.  It will involve my garage door and a notification system to notify when the door is open.  I have seen many impressive systems on the Internet that already do this using different setups usually with relays.  With my new knowledge of transistor circuits, I have decided that this is how I am going to implement my solution.

The background on this is that I often find our garage door open.  Often a door is left open by accident, or during the winter one of the doors bind and re-open as my wife or I unknowingly drive away.  So this system will have to have a way to view the current position of the doors as well as be able to control their state.

I did pick up a PI-Face last week which is really cool, and it ties to the GPIO pins and exposes a set of relays and other control elements.   I could use this for the project but decided that I would rather save that for when I get back to my robot (which is turning into a long drawn out project 😉 too many cool technology things these last couple of years – it’s amazing…)

Tonight I took the controller box apart to see if I could reverse engineer the circuitry that controls the garage door.  Not much to it in fact: 3 switches, a couple of capacitors and one resistor (plus a power LED).  The circuit controls the door, a light and also has a lock function which (I found out today) effectively locks out any remote control units.

Initially I decided that I wanted to support the opening of the door, and also the light.  I am still undecided if I will support the lockout function, but likely I will include that as well.  So step one was to trace the electronics to see if I could reproduce the functionality on a breadboard.   Yes, I could have just jumper-ed into the existing board, but I thought that this would be a far better learning tool by reverse engineering and implementing my own switching circuit. 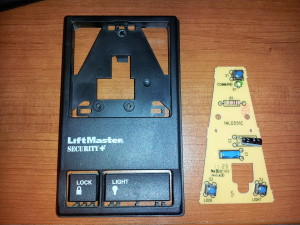 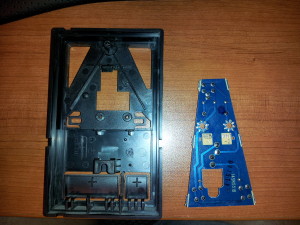 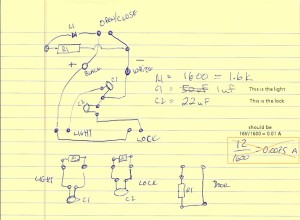 My interpretation of the circuit

I found that the voltage on the line was 16V, so will definitely have to be careful working with this around the PI.  With this kind of voltage, I might be able to power the PI as well so my potential circuit gets more interesting (with voltage regulation; which I will have to learn more about).  I should also mention that I have two garage doors with the same control box, so the final circuit will need to support 2 doors, 2 lights, possibly 2 lock options and also a regulator to power the PI.

I found an old WIFI camera in my pile of junky old computer parts.  It is the LinkSys WVC54GC camera.  The camera has a ASF stream on it that I can tap into to allow me to grab a picture for email etc.  I have seen that others are doing this with Linux, but haven’t confirmed the functionality is supported on the PI.  I would imagine it is since others have utilized ffmpeg and similar pieces of software which will likely be supported on the PI. 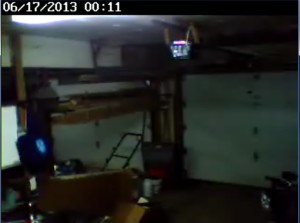 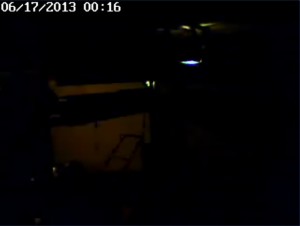 can see one of the doors is closed 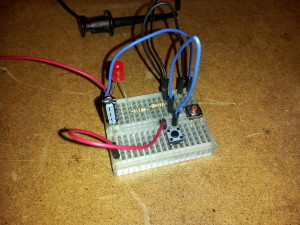 Circuit copied to breadboard (had to use 2 resistors for 1.6K)

Next step is to move this to a GPIO controlled circuit that will be linked with the PI.