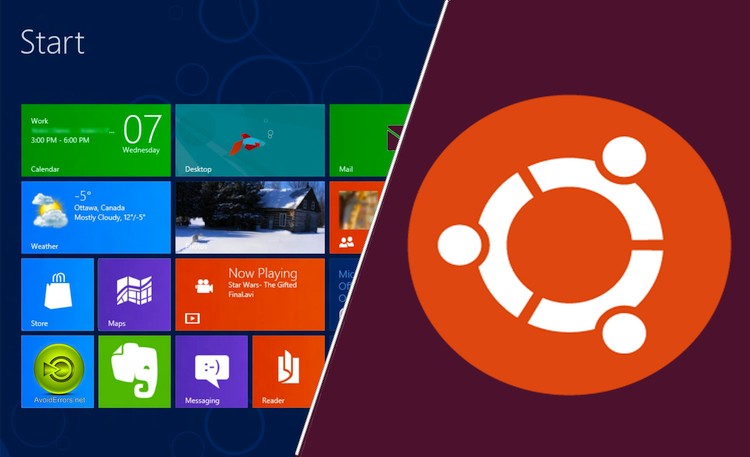 I absolutely gave Windows 8 the best opportunity to impress me, but it just never happened.  My biggest gripes were:

That and a number of other dysfunctional things….  In fact, it seemed I spent more time searching for things than I actually spent doing things with the things I was able to find!  very distracting.. and I am easily distracted..

I have used Linux for quite a while, originally back to the early 90’s with Yggdrasil.  I think I bought the CD for $20 at a local computer store.  Even then it was considered the coming Microsoft alternative OS.  Of course without a GUI, Linux remained a great idea.  Add to that the fact that if you wanted to install or update something you had to rebuild the kernel and/or all the necessary dependencies by hand.  I remember being frustrated the first time I killed my system MBR or boot partition with a failed Linux install, ah the good old days…

Fast forward almost 20 years and I still managed to kill my MBR with a failed GRUB install on a laptop running Windows 8.  Yes, the same Windows 8 that caused me several months of grief, so though a sad event certainly not devastating by any means.  The wonder of the cloud saved my butt this time as most of the things that I would have been worried about were safely stored 100’s maybe 1000’s of kilometres from where I killed the installation.  Email and files and even some cloud based apps would wait until I was back online, and this missing dependency on an OS was one of the key motivators for me to head down this road to begin with.
It’s true that 20 years ago I played with Linux, but I’ve had easily 20 different flavours on 20 different assorted pieces of hardware.  There’s something about the rawness of Linux that makes it fun, but I was never sure that I’d not have to deal with that everyday.  Lately I’ve heard and read so many good things about the desktop systems that are available now; in fact I subscribe (through the cloud) to the great “Linux User and Developer” magazine.  From that magazine I understood that Ubuntu and the Unity desktop were a pretty good choice for the user looking to abandon Windows.
After trying to create a dual boot system and failing due to the UEFI security (or at least that’s what I am blaming, and I do think UEFI is a good idea) I wiped the system and had a second go at it aiming to erase all partitions and use the whole 1TB HD for a fresh Ubuntu install.  I have to say that the install was seamless, painless and quick.
Within a 1/2 hour I was online and learning the ropes to using the Unity desktop environment.  Granted I’ve only been at it for a couple of days but I do really like it so far.  However, I have to add that I wasn’t sure I’d be able to quit Windows cold turkey.  There are some apps that are so ingrained into my daily work that I couldn’t lose them, so step #1 was to install VirtualBox and setup a Windows 7 VM just in case I got the shakes and started suffering withdrawal.  So far that image has sat on the hard drive unused.
I was able to install Wine which I remember seeing in the 90’s when I worked at Bell on HP-UX (true Unix) machines.  I remember a bunch of us hovering over a colleagues machine as he demonstrated a Wine / Windows 3.1 environment on his Unix desktop..  Hmmm…  That’s also where I remember using the first web browser, Mosaic (later to become Netscape Navigator)..  ah the memories… dang, suddenly I feel very old.
Wine has matured very nicely, and I was able to install some of my favourite Windows tools including Notepad++, WinSCP and PuTTY.  So far no issues using these tools on the Ubuntu system.  Netbeans installed natively (Java based app) as did several other useful open source tools.   I was super impressed with the Remmina Remote Desktop Client, had it installed and connecting to Windows servers on the corporate network within minutes.
With LibreOffice and other pre-installed productivity/development software items, I don’t see any issue sticking with Ubuntu moving forward, but time will tell…
SHARE
by Robin Mulloy

Fix hAtom Meta and Prevent 403 Error with “Press This”