Atom House Girls – a great season and a lot of fun! 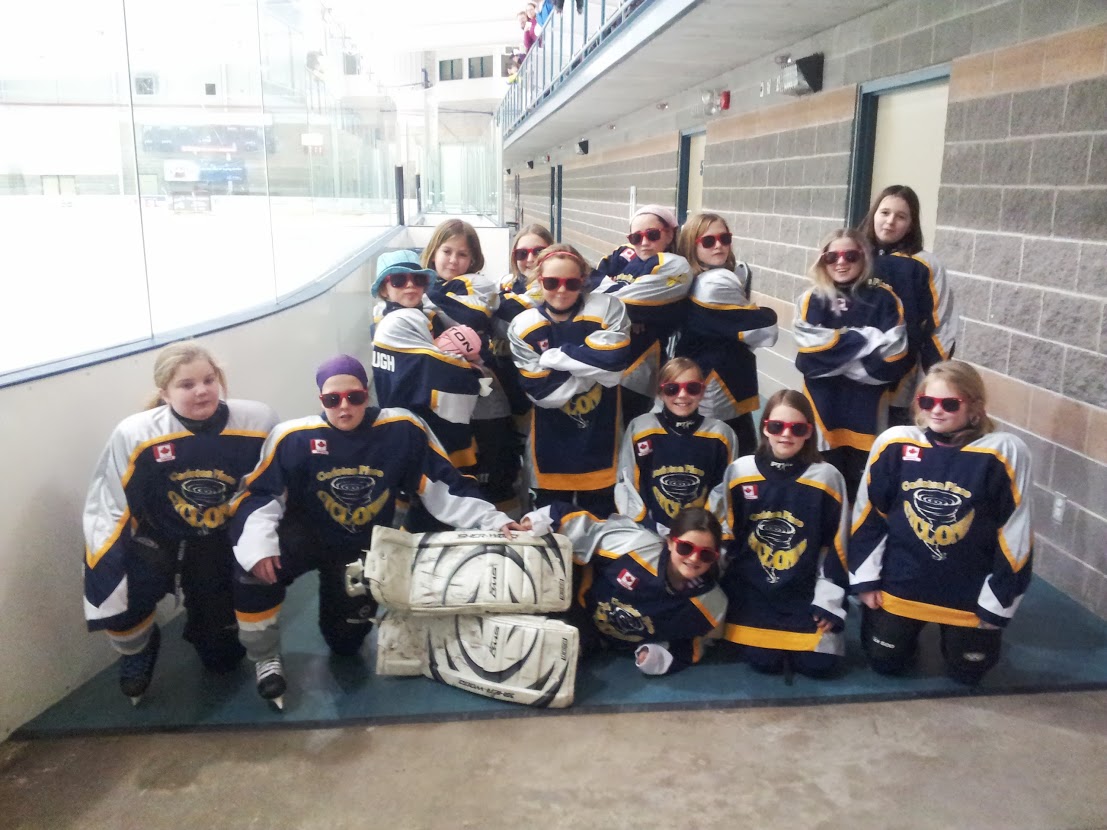 Chicks with Sticks showing some attitude

My daughter decided that after the many years of me coaching my sons team, it was time for me to coach her.  I have to admit I was surprised as she has been a figure skater since she was very young.

Much to Amanda’s disappointment Jessie had decided to hang up the figure skates for a real sport…  errr, I mean… a better sport.  😉

Personally I am not a big fan of figure skating.  The girls say they are on the same team, but then compete against each other at their skating competitions.  Never really understood that part…

Jessie had played hockey with her brother for years, so it was not huge surprise that she would sooner or later get bit with the hockey bug.

The girls did great and placed third in a field of eight teams.  We were literally a tie away from advancing into the final round, but that’s hockey.

I had such a great time coaching the girls, what a change from boys hockey! 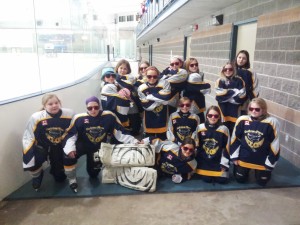 Chicks with Sticks showing some attitude

Josh played goalie for a year, and this blog reminded me of when Josh was showing Jessie the ropes.  She never played goalie, she was a forward and possibly that was due to her brother’s goalie training program…